Who is the smartest

On May 30th , HR department organized a activity named Highest IQ , like Running Man in Korea , mainly test the IQ ,and physical fitness of the player. Twelve teams participated in it.

The game last more than 1.5 hours , including for part : dart the balloon; finding the plastic bottle which with clew, solving the  puzzle ring  ,according the clew find the treasure box with lock ,the most important part is how to open the lock of treasure box . Opening the box by settling the problem.

Every team try their best to finish the task with biggest enthusiasm as soon as possible, because they all want win the big prize, beat others and show  their intelligence.

The result is make us some surprised ,two team come from Overseas Dept. got NO.1 and No.2, they so excited . General office Dept. win No.3. CEO He were on competition site, he was so happy when seeing the players are doing their best and add about $1,800  as the bonus for all players, made the people cheering with scream . 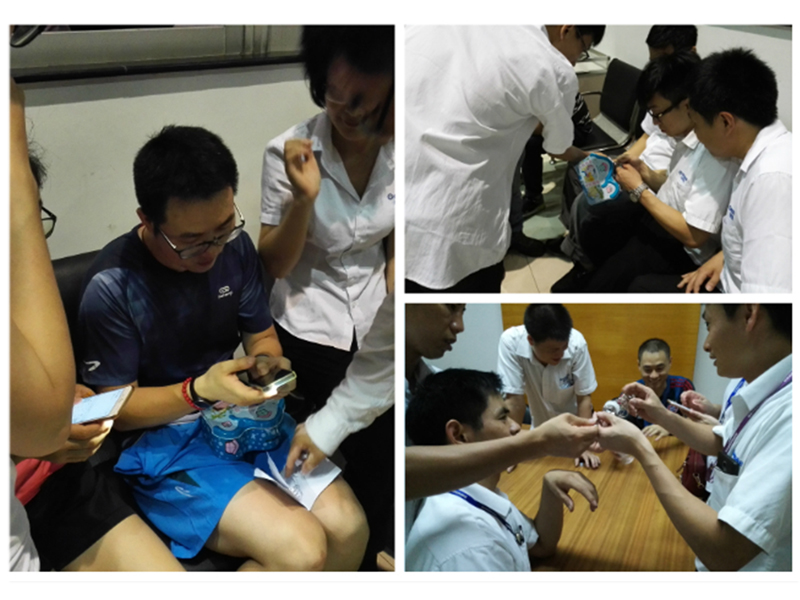 Most of them thought it is the most interesting activity they have taken part in.See , they enjoyed it so much.

If you have any good suggestions, please leave a message.

Hello, please leave your name and email here before chat online so that we won't miss your message and contact you smoothly.